Blessed Because of Another 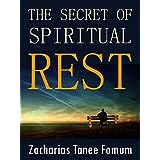 The Lord offered and did great things for Isaac. However, God did not say, “I am doing it because you have obeyed me or because of this or that other thing that you have done.”

God said, “Because Abraham obeyed my voice and kept my charge, my commandments, my statutes, and my laws” (Genesis 26:5).

It was Abraham who

Isaac was blessed because of another.

The secret of Isaac’s success and his life of rest was that he did not seek greatness for himself. He knew death to a life of self to a very-far reaching degree. He was content to be blessed because of the obedience of his father. He did not have much to show for his own ability, and so he rested on the provisions and the doings of the Lord. He was not anxious to do any great thing for himself, and he was not anxious to make a name. He knew that he could not. He also knew that the God who is able was with him to do all that needed to be done and so, instead of struggling and by struggling standing in the way of the Lord, he surrendered fully to the Lord and let the Lord do it.

He was competing with no one. He was not striving to be as great as his great father. He only desired to be in the centre of God’s will and, in the centre of God’s will, he received everything from the Lord. He received the blessings of the Lord and knew nothing of the woes that came to those who strive in the energy of the flesh. He was different from his father and from his son. However, he was God’s man, received all that God had for him, and fulfilled his ministry. The Bible says, “For David, after he had served the counsel of God in his own generation, fell asleep...” (Acts 13:36). Isaac also served the counsel of God in his own generation and fell asleep. God introduced Himself to Moses as, “The God of Abraham, the God of Isaac and the God of Jacob” (Exodus 3:6). Many of us want to know the God of Abraham and then the God of Jacob without a deep experience of and with the God of Isaac. This leads to a deficient spiritual life. In fact, no one can truly know the God of Jacob before he has known the God of Isaac. Christians do not fight for rest. They fight from rest. Isaac fundamentally knew that rest. It was his way of life. We, too, must know that rest, and only then can we successfully fight the battles of God. In order to rapidly enter into that life of rest, we must co-operate with God,so that the self-life should be put to an end. We must say from the heart to God, “Lord, do a deep and great work in this church,

Lord, do it, even though I may not be associated with it before man in any way. After you have prayed this way, withdraw and invest yourself in more prayer that it should happen.

The self-life is a restless life!

The life that puts the Lord first, others next and self last is the life of rest. The way to rest has been said to be represented by the three letters of the word Joy :

Has it ever occurred to you that had Isaac insisted on being blessed on the grounds of his own obedience, he would not have been blessed at all?

Have you also found out that the only way to make progress in the ministry is to forget that self-initiated thing called your ministry and to give yourself as the helper of another person and, consequently, be blessed because of him? Might today not be the day when you should pack up that self-created project and offer yourself as a helper to another? If that is so, act. This could be God’s personal word to you!